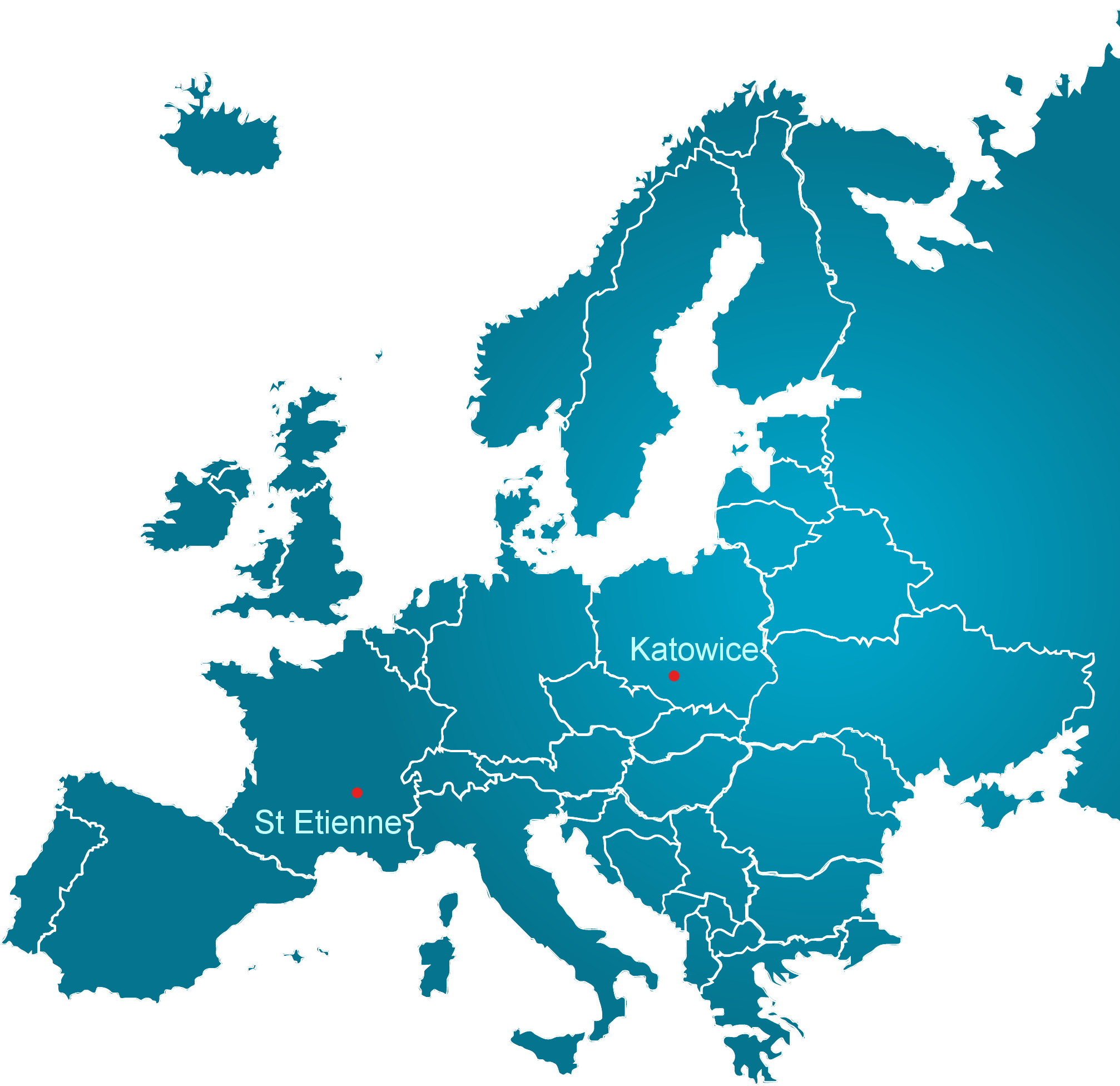 In order to meet the goals of the Artex project and thanks to the support of the city of Saint-Etienne and the Institut Français, a partnership was introduced with the Academy of Music of Katowice in Poland.

In the framework of the Artex project, we proposed to

The partnership with the Music Academy of Katowice started in November 2019. An initial conference aimed at everyone interested took place on 19 November at the Academy.During this conference, Alexander Mihalic presented Musinfo association, and the Sampo. Following this conference, the students and teachers were able to book individual workshops to learn how to use Sampo on their own. 11 individual workshops took place during our 3-day stay in Katowice.

In addition to the individual workshops, we organised one group workshop aimed at composers during which we presented the specificities about composing for Sampo. A specific presentation for instrumentalists also took place. 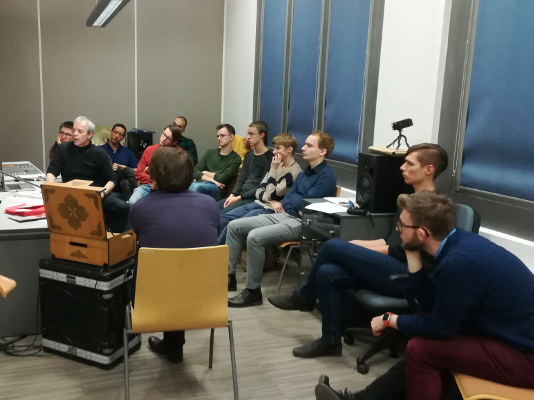 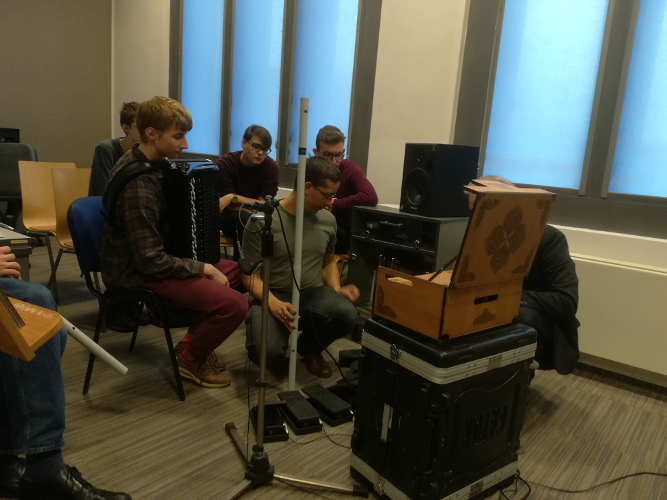 Work during the academic year

A Sampo was made available for musicians at the Academy during the year 2018-2019. It was supposed to be used for studying existing repertoire pieces on one hand, and for composing and performing new works on the other hand. This goal was properly met: Firstly, student Bartosz Witkowski prepared an improvistaion with the traditional cymbały and Sampo. Then, we made transcriptions for Sampo of two works by Polish composers: Artur Zagajewski’s Composition Arithmétique and Krzystof Wołek’s Arguro. Both transcriptions were made in collaboration with flautist Alicja Lizer-Molitorys and the composers. Eventually, some new works were written in the framework of the project. Przemysław Scheller, teacher at the Music Academy, composed the work Geometria Paradoksu for alto flute and Sampo. 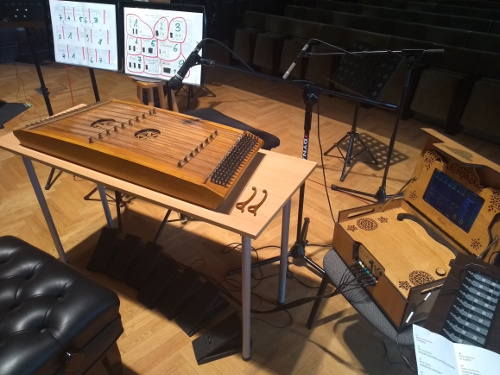 Musinfo organises every year a composition contest for acoustic instrument and Sampo. Winner composers are invited for a residency in Saint-Étienne with the performers. In 2019, thanks to the Artex Katowice project, one of the residents was Silesian flautist Alicja Lizer-Molitorys. She worked with Chinese composer Hongshuo Fan on his piece Flowing Form. The other residents were French composer Jean-François Charles and French cellist Marie Ythier. The goal of the residency was to allow the invited artists to work together in a stimulating context, to make professional bonds and to prepare together the pieces for the concert with Sampo. The residency as well as the concert took place during the Art & Science Days. The concert during which were premiered the works by the winner composers and the works that had been written or transcribed during the project took place on 17 May in Saint-Étienne. 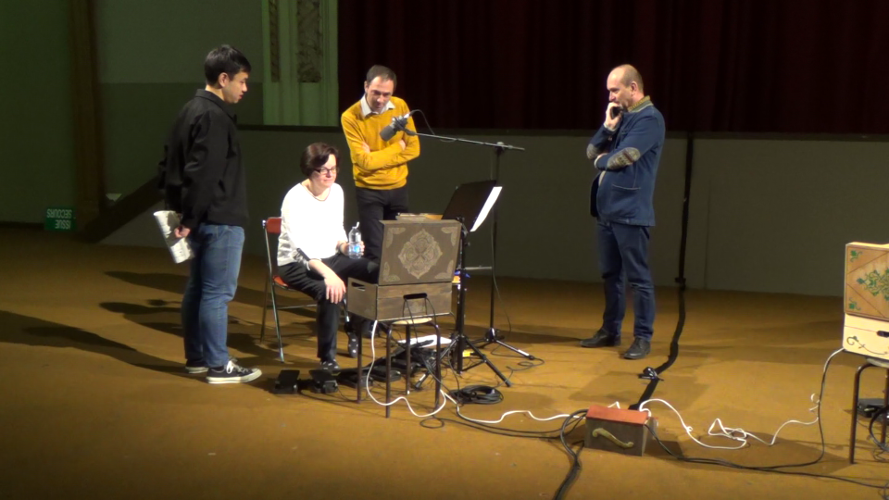 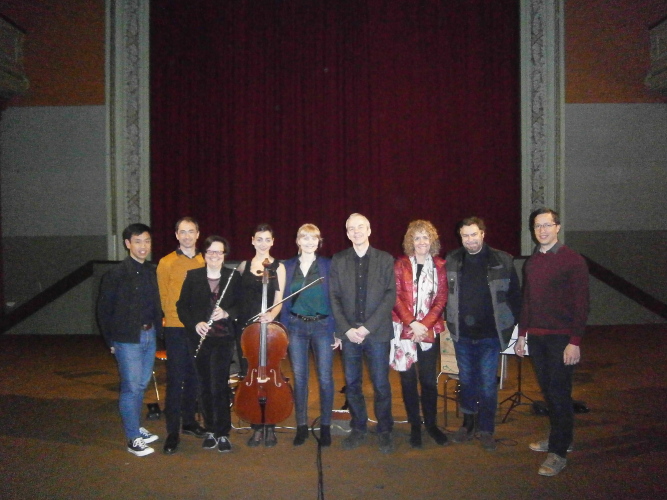 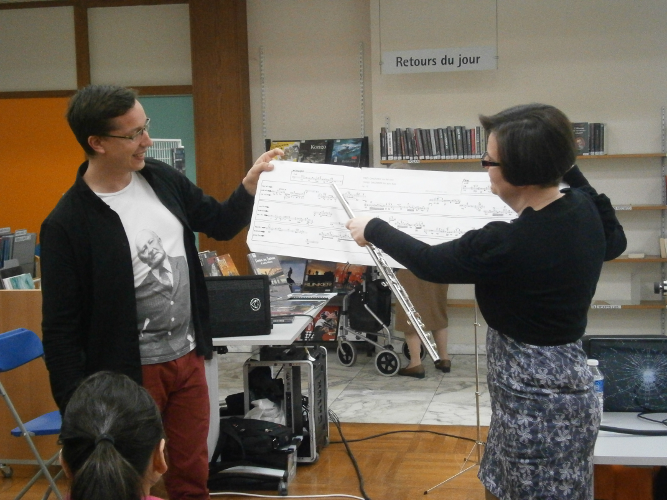 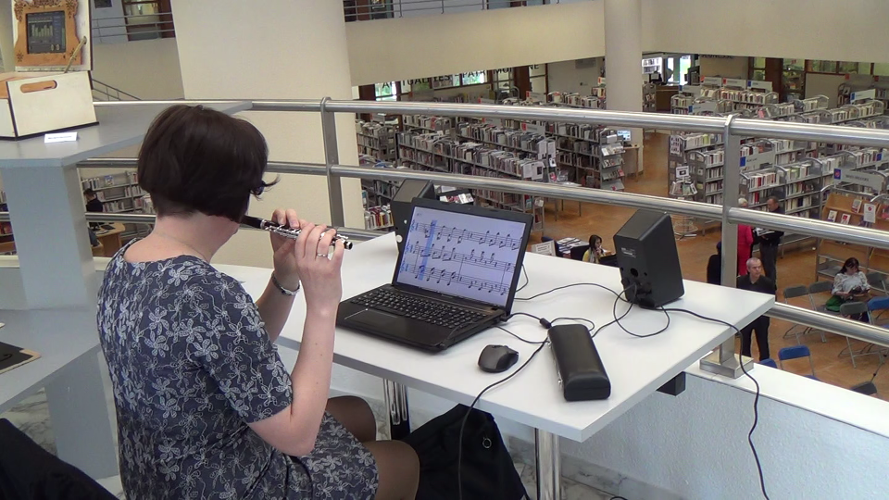 The stay in Saint-Étienne ended with a round table in the framework of the 3rd Sampo Meetings – a seminar where Sampo users get together. This was the opportunity for everyone to share their experiences and to meet other members of the community. 14 music professionals participated in the debates. Przemyslaw Scheller presented namely the results of the Artex Katowice project, and Alicja Lizer-Molitorys spoke about collaborations with composers concerning works written for Sampo. 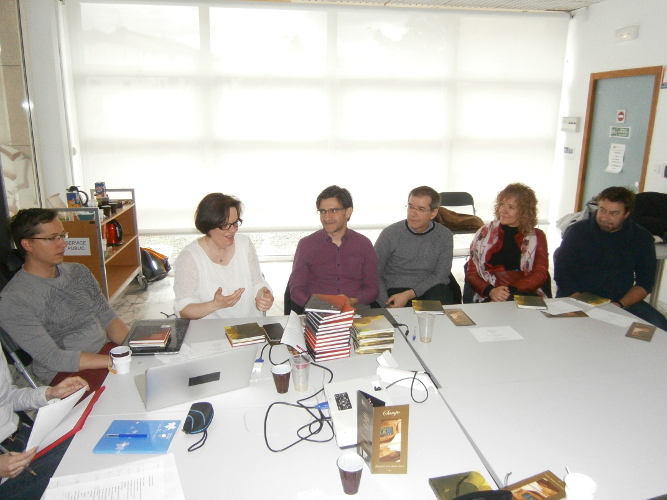 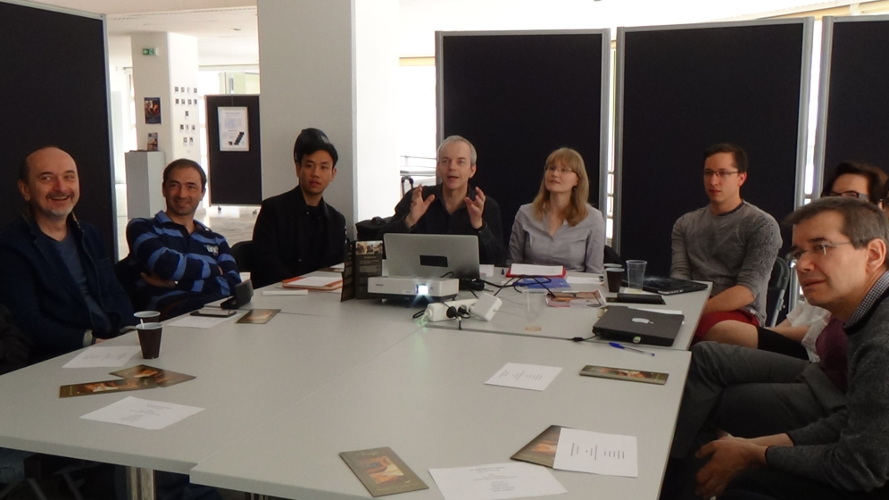 2nd round in Katowice

A second restitution then took place at the Academy in Katowice. During this event, Alexander Mihalic from Musinfo association presented Sampo and the results of the Artex project in the form of a small conference. This conference was followed by the diffusion of audio-visual works that had been diffused in Saint-Étienne during the Art & Science Days. The event ended with a recital by Alicja Lizer-Molitorys with flute and Sampo. 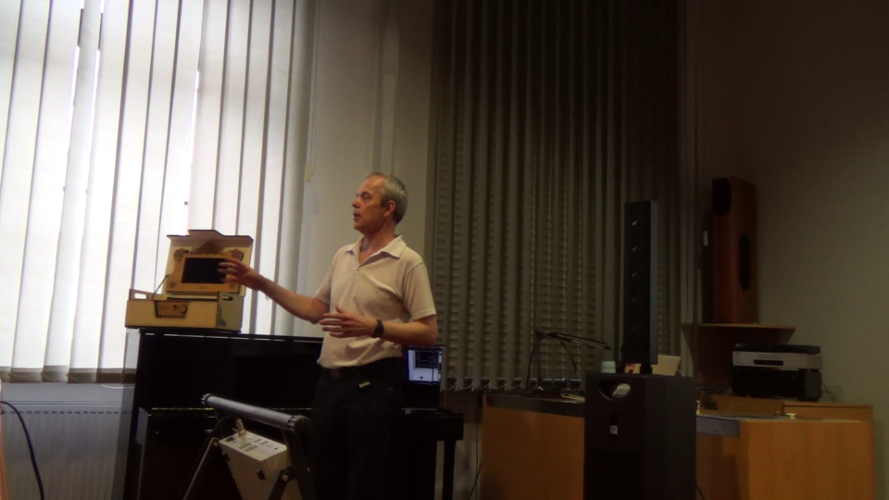 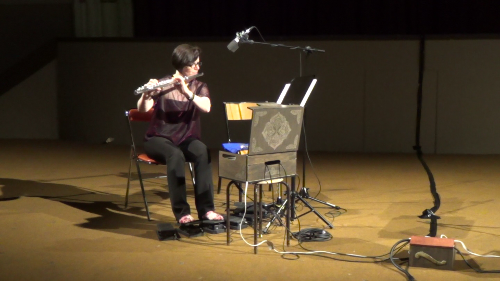 In addition, Alicja Lizer-Molitorys organised a small concert at the music school Państwowa Szkoła Muzyczna I stopnia w Jaworznie where she teaches. She had presented Sampo to her students before, and the students played improvisations and exctracts of Hongshuo Fan’s work during this concert for the parents.

For Musinfo association, the goal of this project was to make Sampo known and to promote mixed and contemporary music. This goal was achieved through the different workshops and concerts. Five world premieres with Sampo took place during the concert in Saint-Étienne, and two works by Polish composers were transcribed and played on Sampo. This kind of exchange project lets the partners discover the Sampo over time and get in touch with other users of the community.

It has been a particularly enriching experience for us, and one that opens some interesting perspectives for extending the project to other cities throughout Europe. We would like to thank Institut Français and the City of Saint-Étienne who helped us make this project happen.